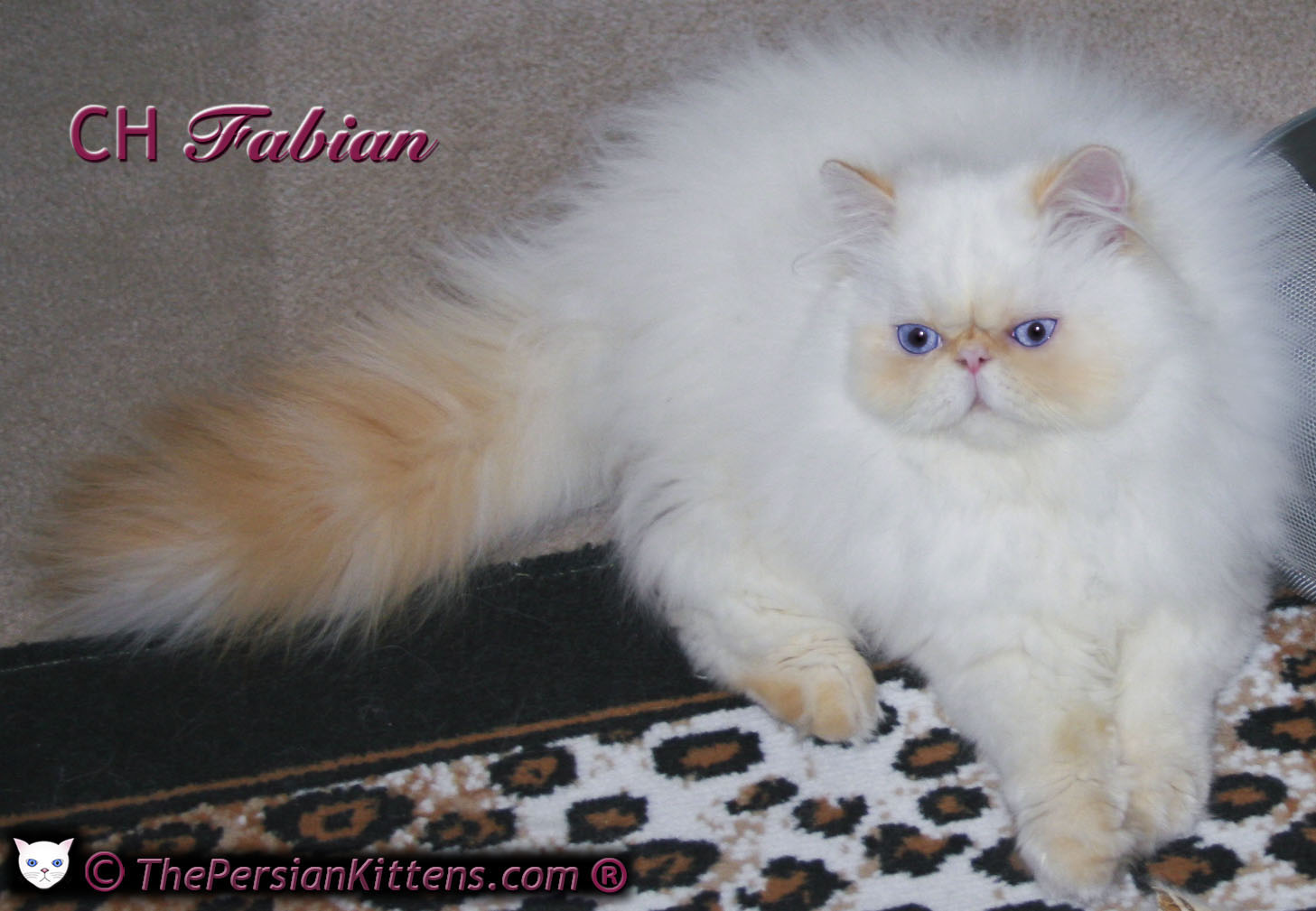 Himalayan Cats are one of the most popular colors of all Persians. The description “Himalayan” is actually a description of the coloring of a division of Persian Cat. Himalayan is not a breed it is a color of Persian Cat Breed. The Himalayan Cat is known for its great beauty, “people oriented” demeanor and gentle disposition. Developed in the 1930’s by crossbreeding Siamese and Persians to combine the Siamese point coloring with Persian type body. The Himalayan Cat evolved into a pointed, longhaired, blue-eyed beauty. Their large, round eyes and plush coat can only be outdone by their loving personality. They want to be with their people whenever possible and will often “help” with whatever you are doing, from cooking, reading the paper, working on the computer, to watching TV. Although playful by nature, Himalayan Cats are not known to climb your drapes or jump to the top of your refrigerator. After even a short absence, more often than not, your best friend, the Himalayan, greets you at the door. The Himalayan Cats are shown in the following point colors: chocolate, seal, lilac, blue, red, cream tortie, blue-cream, chocolate-tortie, lilac-cream, seal lynx, blue lynx, red lynx, cream lynx, tortie lynx, blue-cream lynx, chocolate lynx, lilac lynx, chocolate-tortie lynx and lilac-cream lynx. Color is restricted to the facial mask and extremities with the body of various shades of white to fawn. After many years of cross breeding Himalayan Cats were approved as an accepted color variations of Persians. All must have deep vivid blue eyes as eyes other than blue are a disqualification.

Himalayan kittens are generally white when they are born. The gene that gives them their color is sensitive to heat, so the cooler the body, the more color you see. Newborn himalayan kittens are kept very warm by their mother, as they grow accustomed to the air around them, the tips of their ears and tail start to darken. Gradually, the point color appears on the tail, legs, feet, ears and front of the face (referred to as the mask).

Head: Shape and Size: Round and massive with great breadth of skull. Round face with round underlying bone structure. Head well set on short, thick neck. Jaws broad and powerful, with cheeks full and prominent. In profile, forehead, nose and chin should appear to form a perpendicular line. Nose snub, as broad as it is long, and with a break. Break to be no higher than the middle of the eye. Top of nose leather no higher than the middle of the eye. Chin well developed.

Coat: Long and thick, standing off from body; fine texture; glossy; full of life; long all over body, including shoulders; ruff immense; deep frill between front legs; ear and toe tufts long; brush very full. Daily grooming is necessary, but usually takes only a few minutes and the end result is certainly worth it. So, enjoy your Himalayan Kitten. Himalayans a proud, beautiful designer kitty, developed with and for love!

Eyes: Himalayan Cat’s eyes are large, round and set far apart, giving a sweet expression to the face. Pointed Himalayan Cats must have deep vivid blue, the deeper the better. Non-pointeds must be copper in all colors except Silver and Golden Tabbies, these two colors must have green eyes. Deeper shades preferred. Allowance to be made for color variations in kittens.
Ears: Small, round tipped, tilted forward and not unduly open at the base. Set far apart and low on the head fitting into, and without distorting, the rounded contour of the head.

Associations: The HimalayanCat Breed is accepted by all major cat registries. In CFA, ACA, and GCCF, it is considered a color class of the Persian rather than as a separate breed.